Originally opened on the 25th of July 1907 the church of St Colmcille's sitting off the Newtownards Road is a solid and bold construction in the Hiberno-Romanesque style of architecture. The conservative exterior gives nothing away to the truly magnificent interior finish of the church.

A re-ordering of the church in 1984, in line with the Second Vatican Council review of the liturgy, had resulted in the over-painting of the wall and removal (or so it was thought) of the altar floor mosaics.

The subsequent renovation and re-ordering of the church in 2009 sought to reverse a lot of the second Vatican changes, restoring and enhancing what was left of the original features.

Armatile were approached with a challenging specification from McLean and Forte Architects to produce a bespoke main floor incorporating a bordered Celtic style aisle and Celtic centrepiece in front of the altar.

In addition to these feature floor sections, Brian Quinn of Rooney and McConville Architects designed the stunning entrance piece of St Colmcille's and the Baptismal font floor piece. Both pieces contain incredible detail and were all manufactured and assembled off-site at Armatile’s water jet cutting facility in Armagh then dispatched to site ready for assembly.

While Armatile began the manufacturing of the floor the main contractors continued with the stripping out of the church in preparation for the restoration it was at this point a surprising discovery came to light, the original mosaic altar floor thought to have been donated by Robert MacAlister in 1925 and subsequently lost during the 1984 re-ordering was in fact, intact under a concrete slab.

Unfortunately, a 12m2 section had been destroyed during the uncovering. The church and architect decided on viewing the remaining altar mosaics that it was such an impressive piece of work that an effort must be made to reinstate the missing section. This again was undertaken by Armatile at their Armagh facility with each piece cut hand laid to an exacting template taken by Armatile Contracts. The completed sections were then taken to site in sections and laid in just over 12 hours.

This combination of new floor, beautifully coloured and detailed waterjet panels in addition to the restored wall mosaics, modern pews, lighting and sound system has resulted in an interior that is as stunning as the original craftsmen and designers had intended it to be. 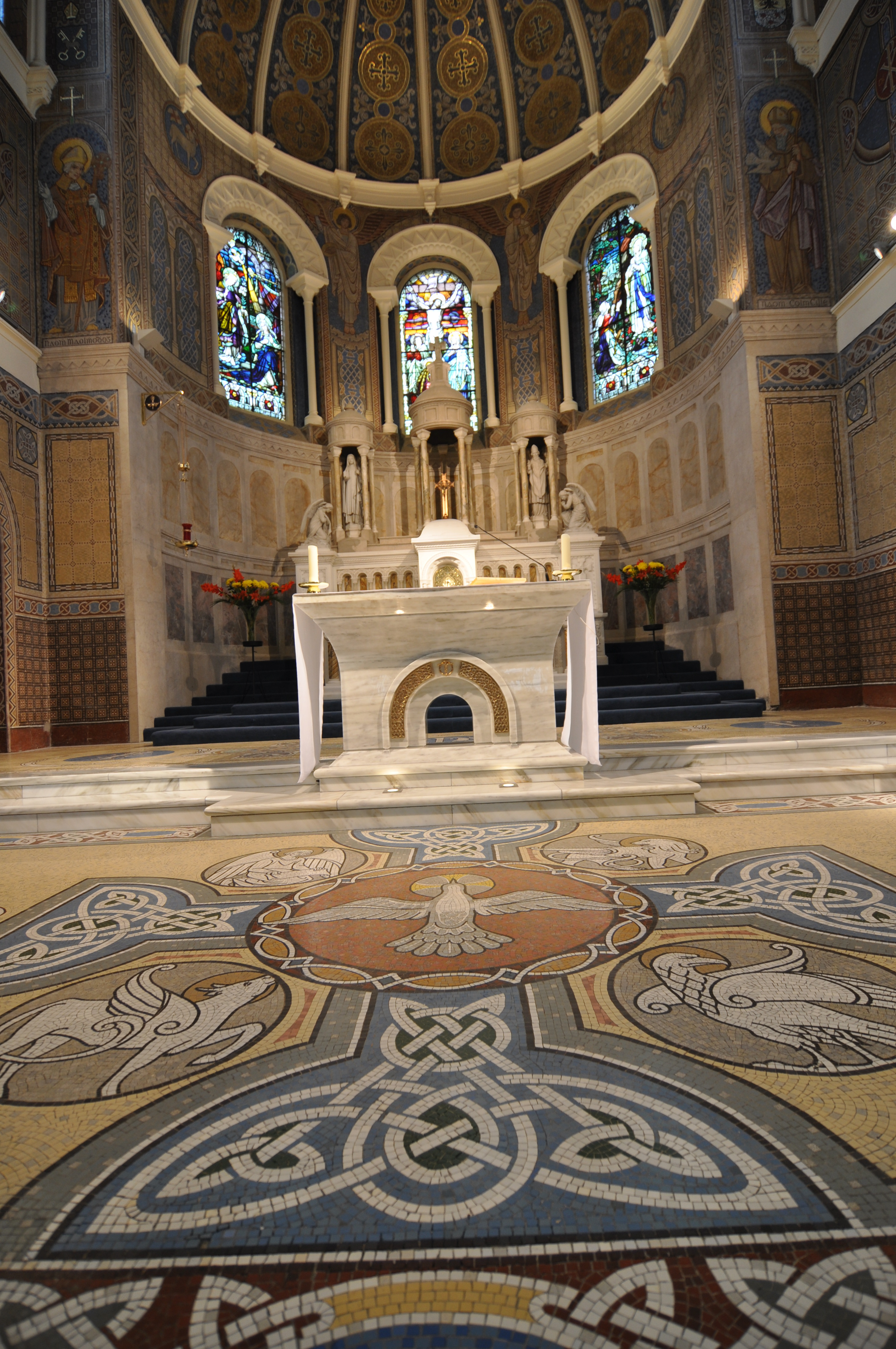 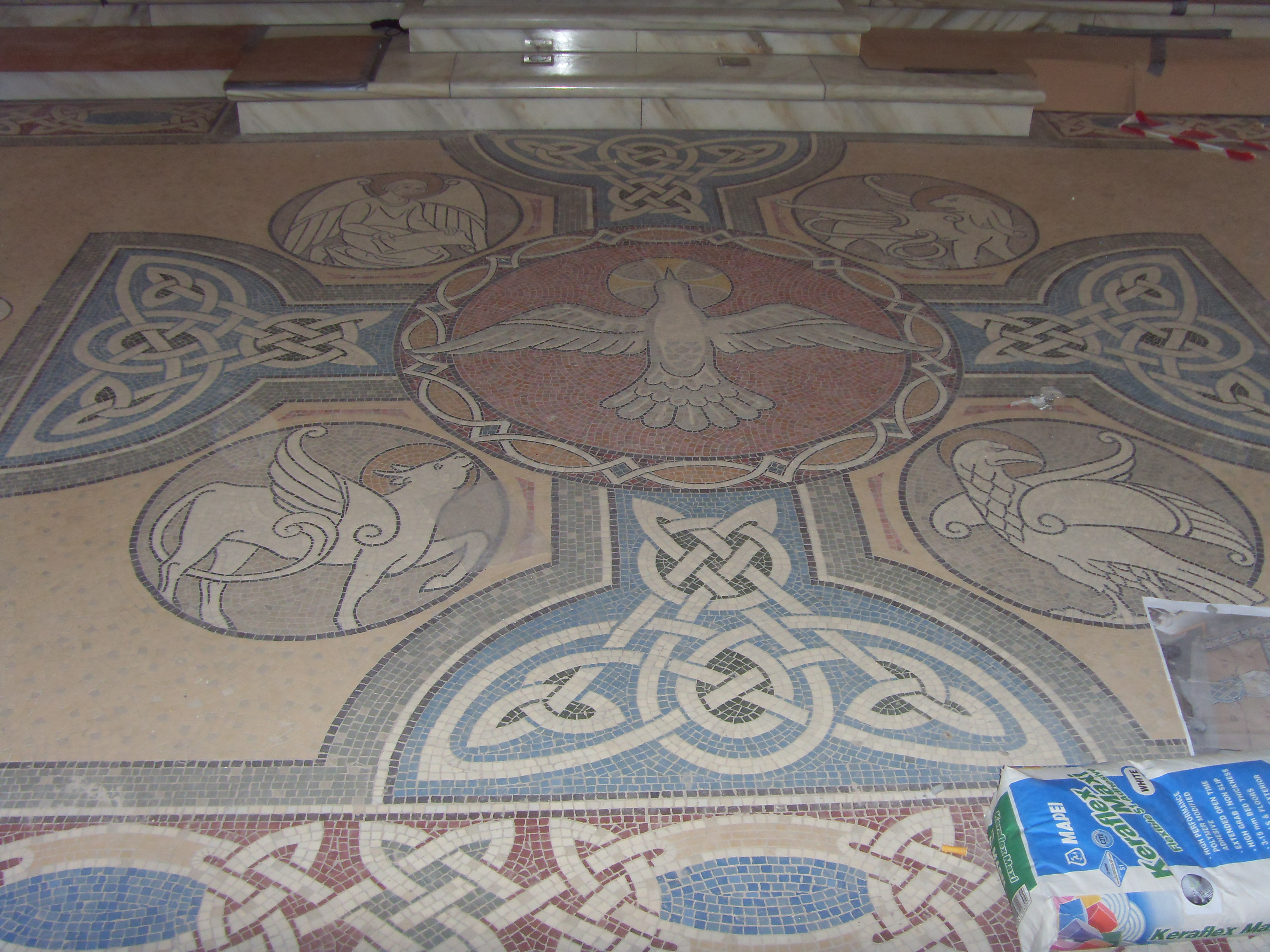 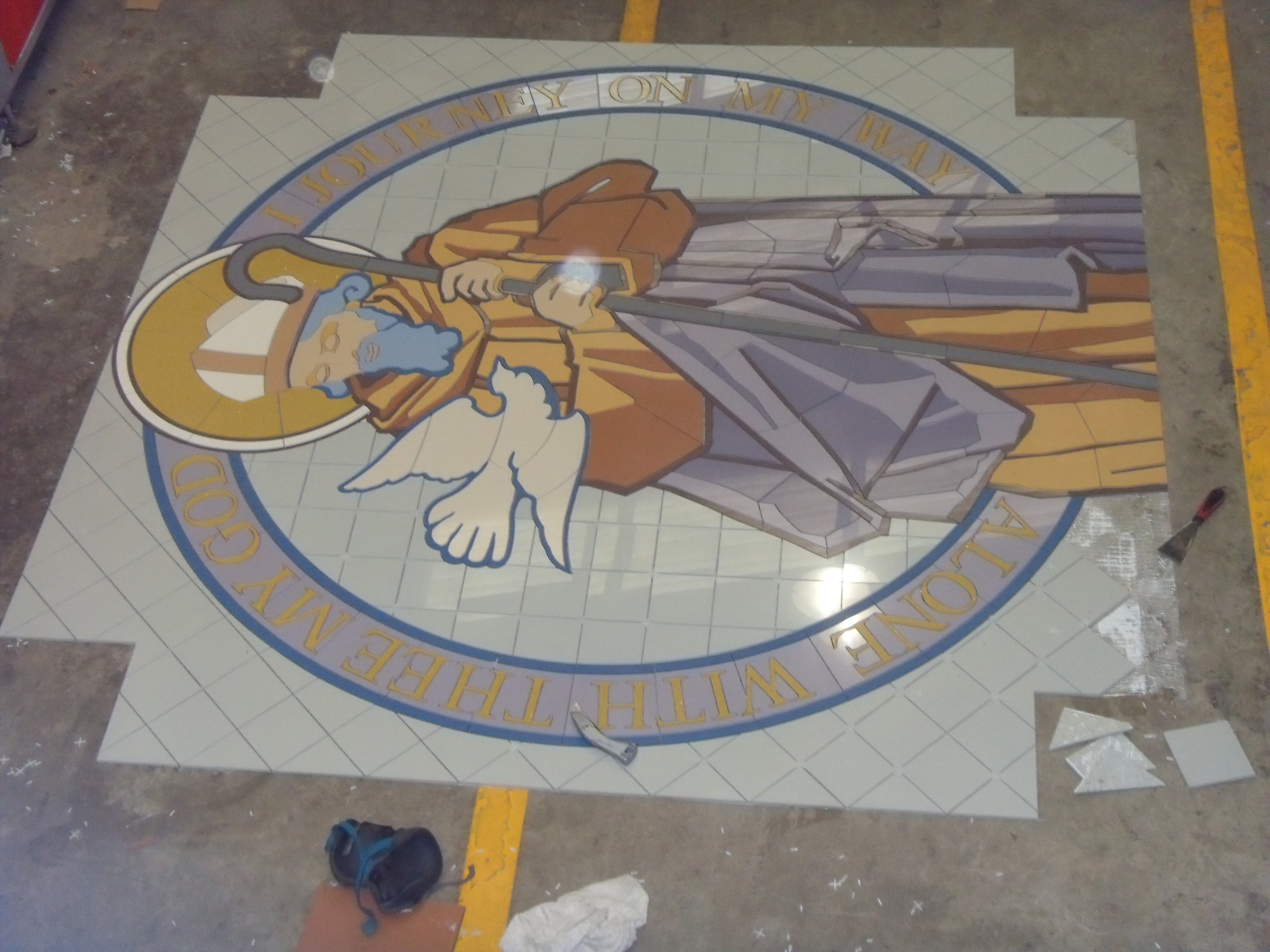 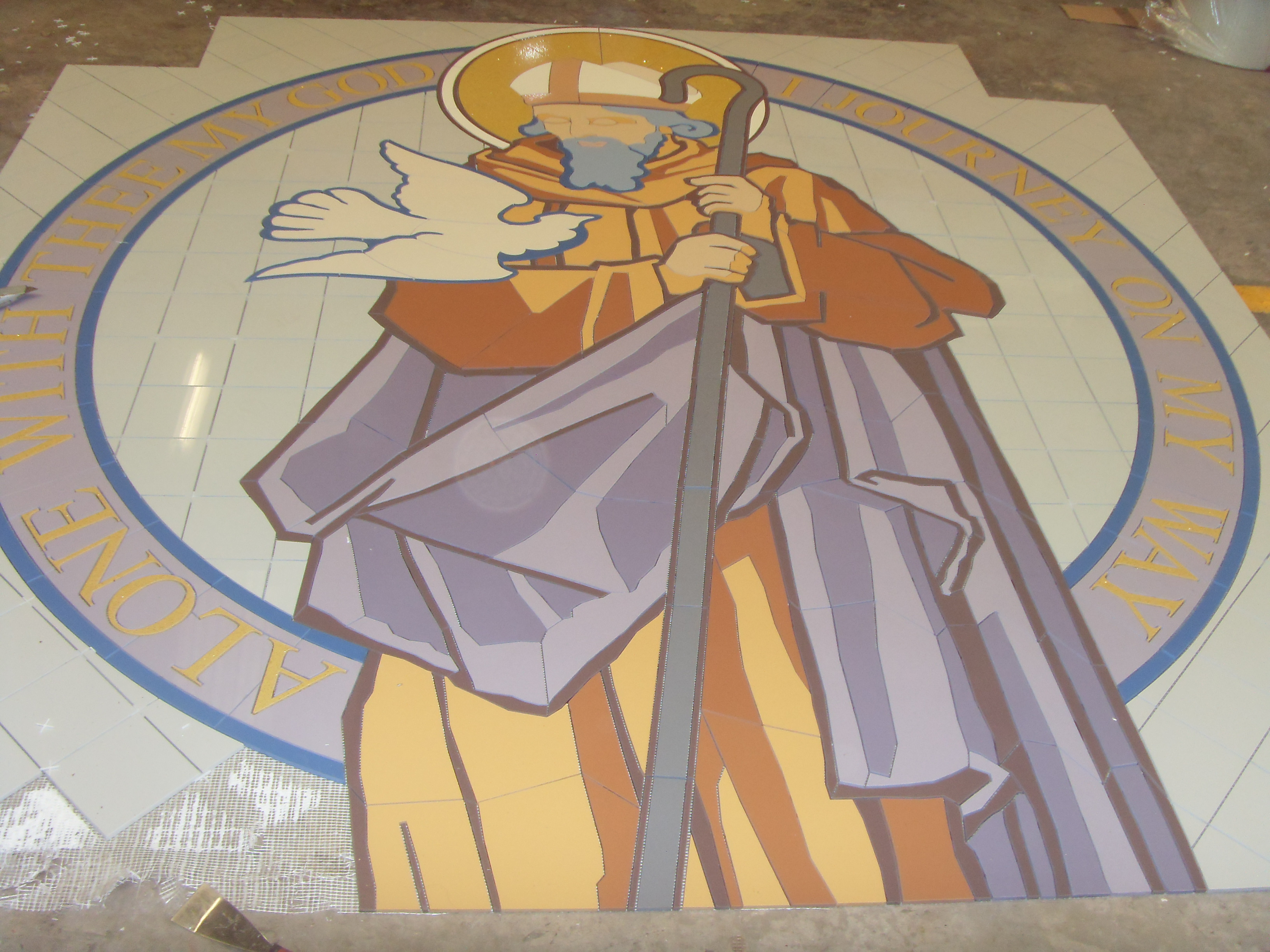 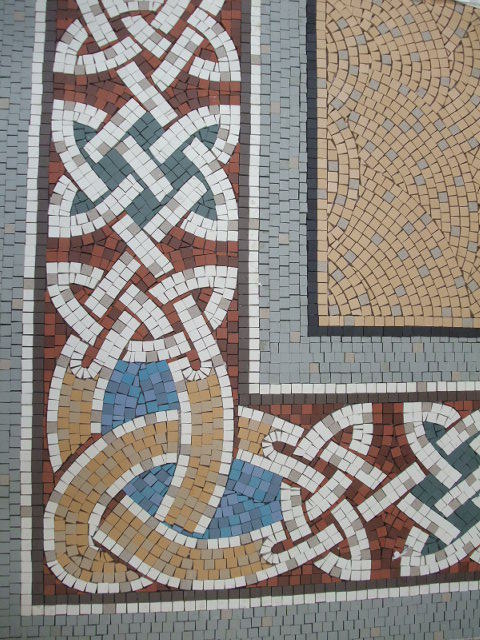 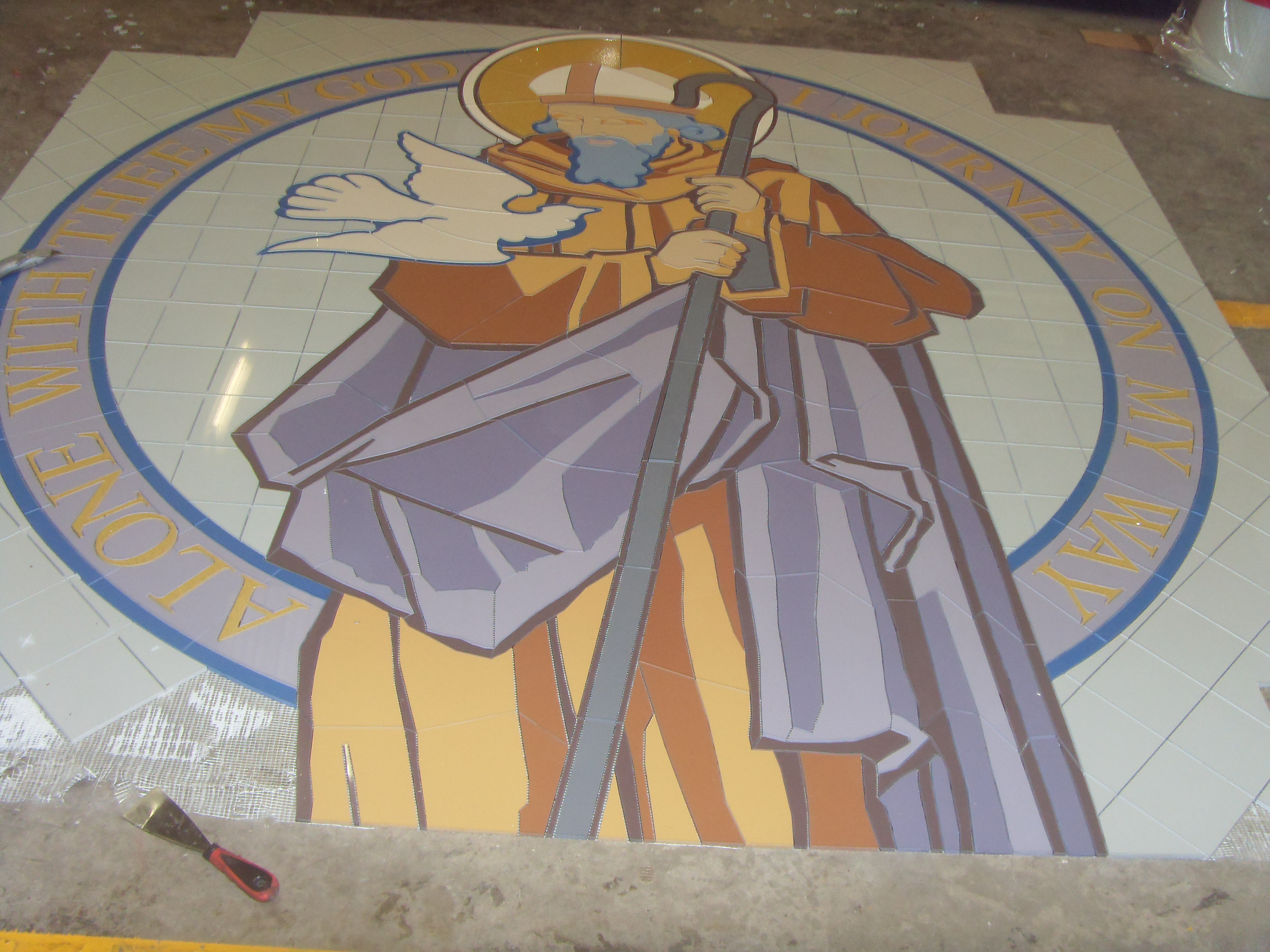 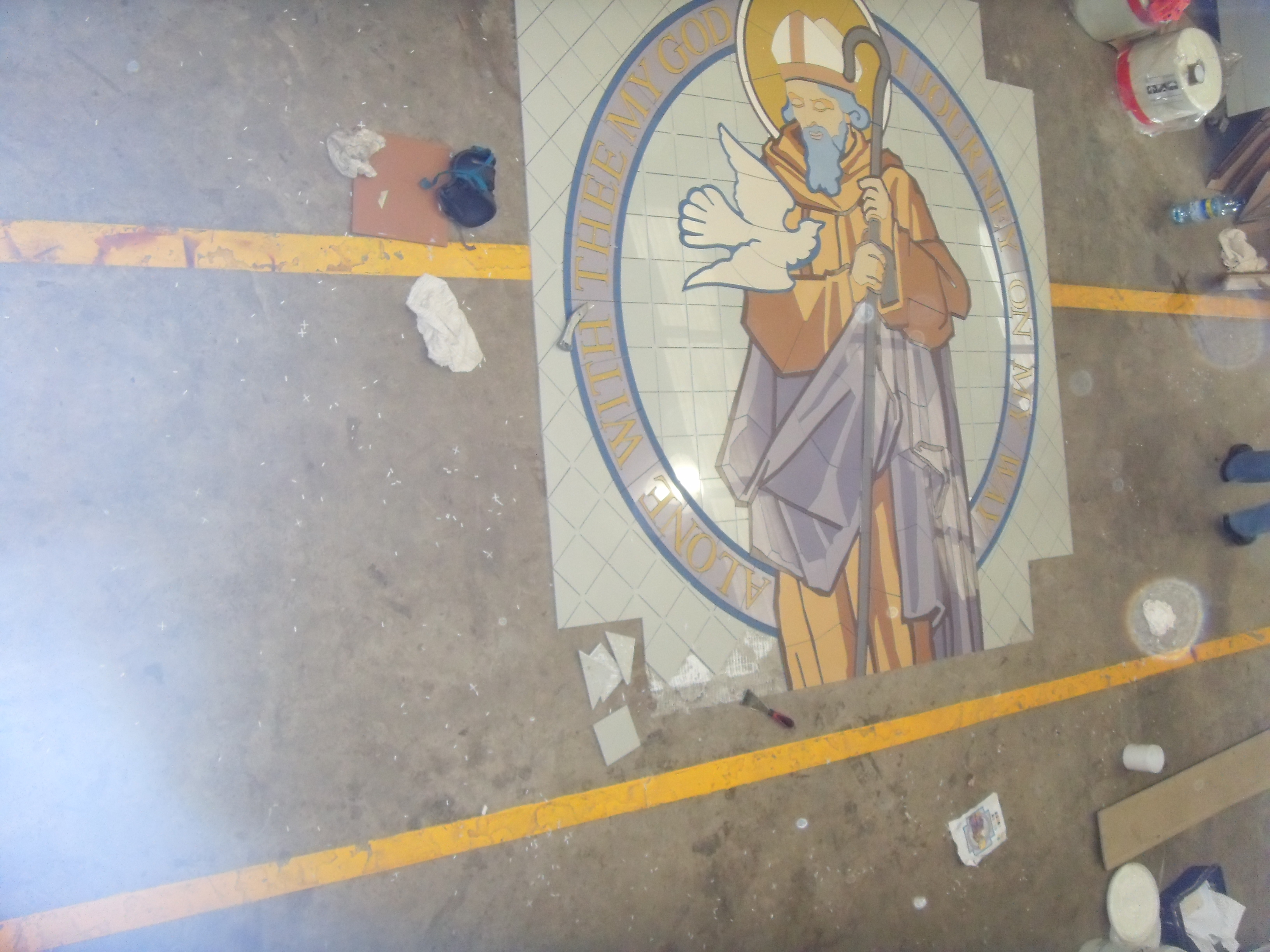 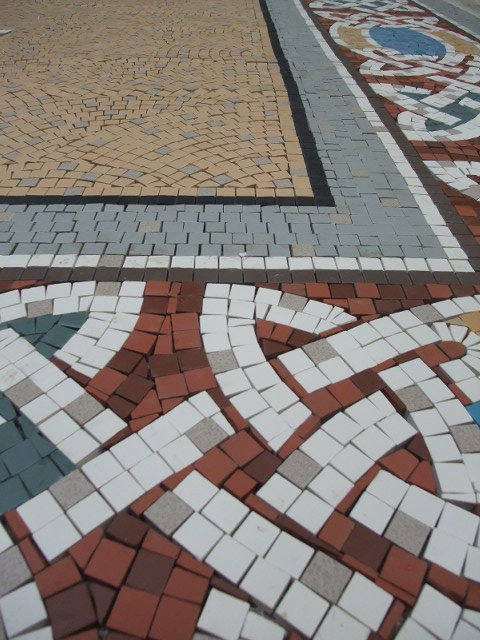 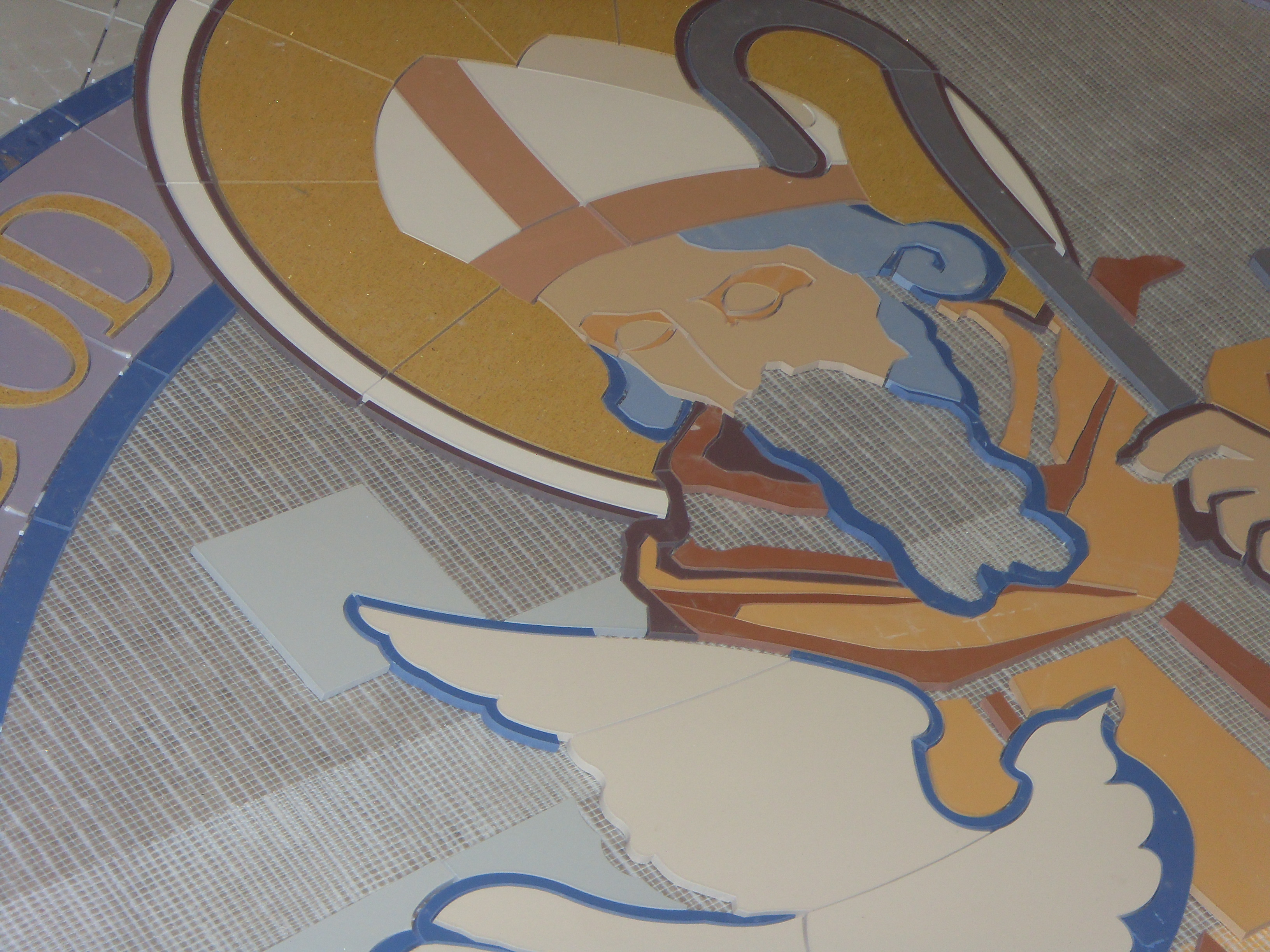 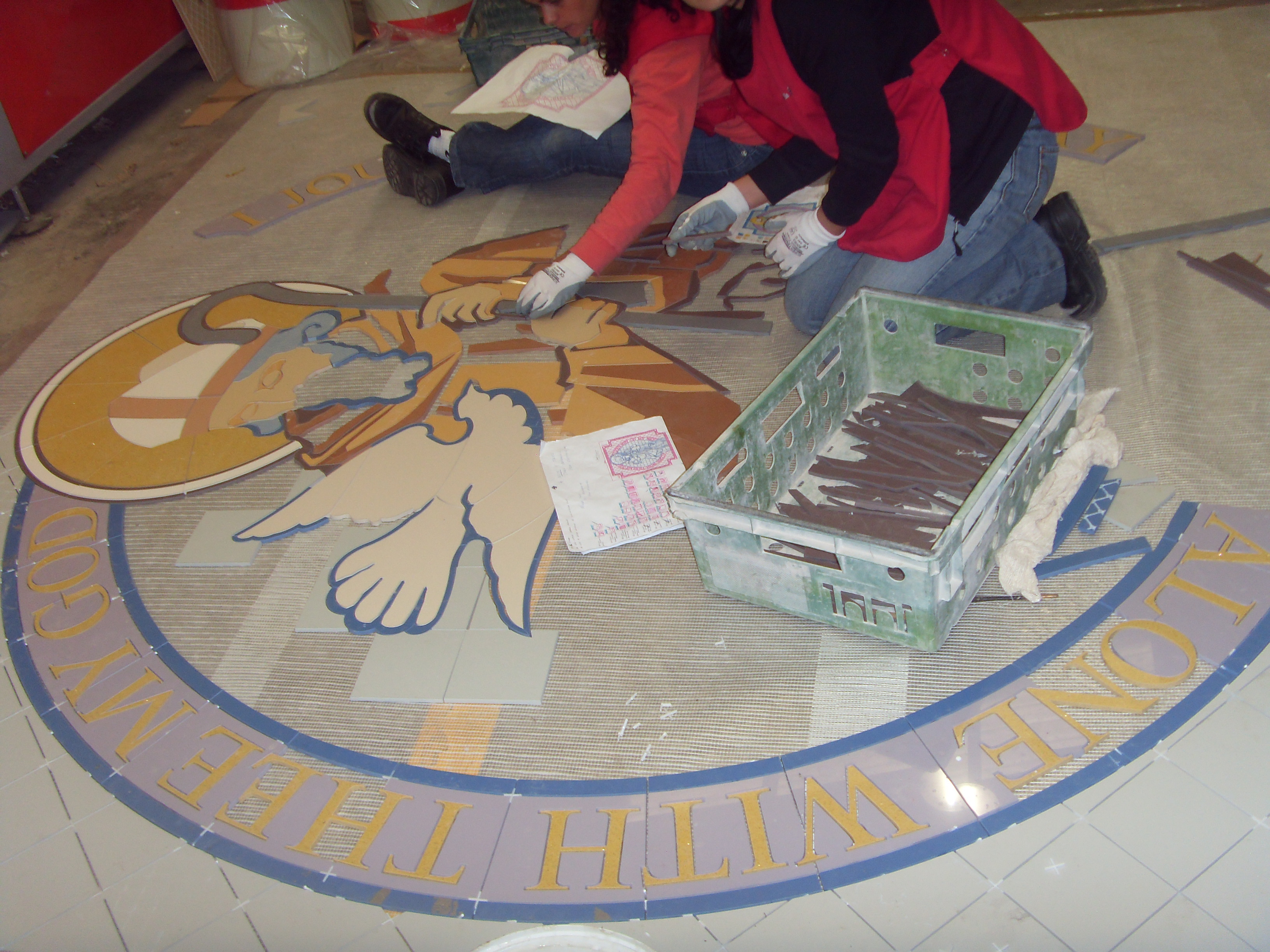 "Not only is the work beautifully executed but your approach to the project and particularly the skill, the long hours and the inspirational commitment demonstrated were noted and very much appreciated by all involved with the project. Such service and commitment is rare nowadays and often go unappreciated. I consider that we have been fortunate both on this project and on earlier works, to have had Armatile on our side". Eamon Hedderman , St John's Church, Ballybunion 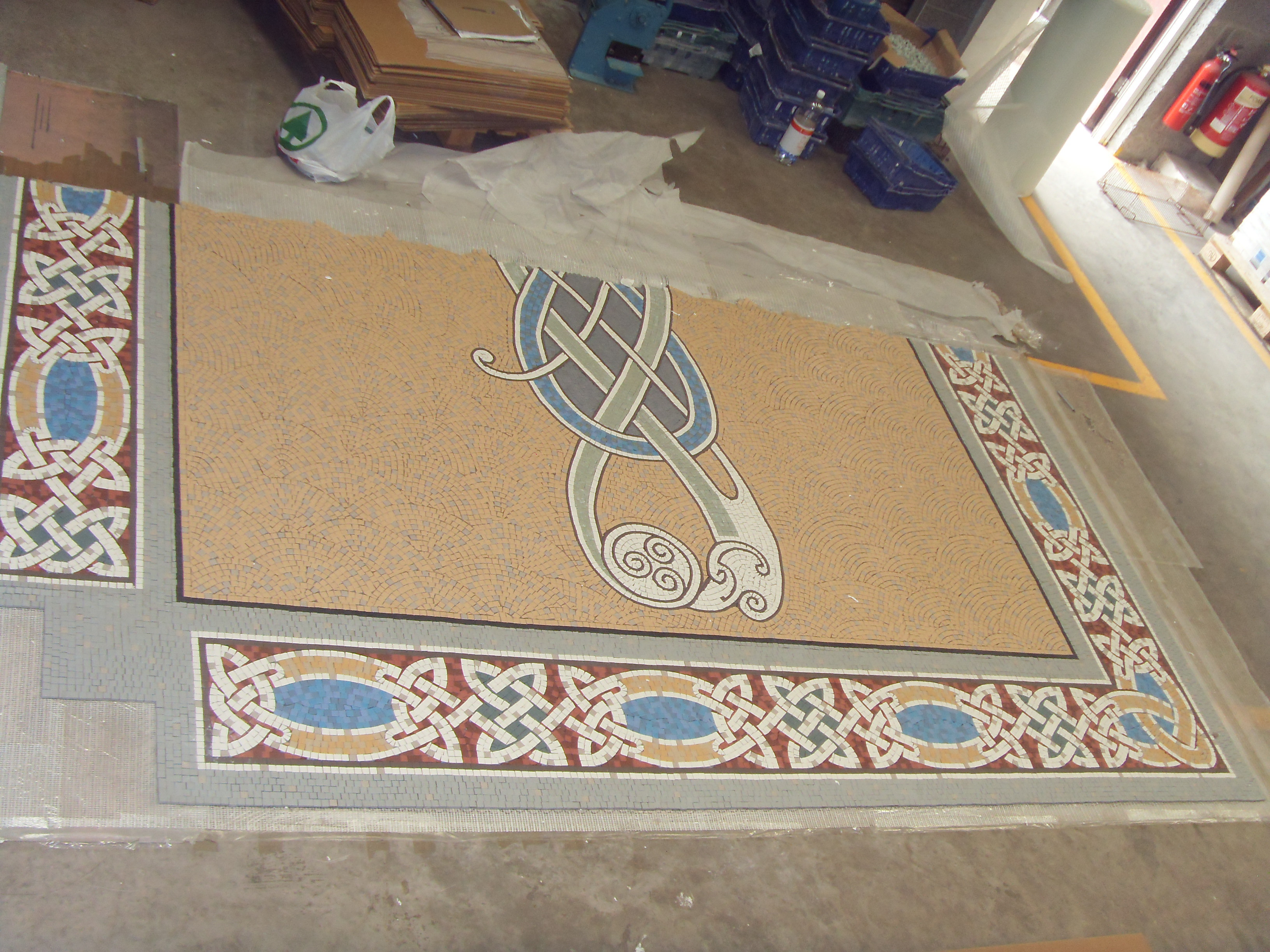 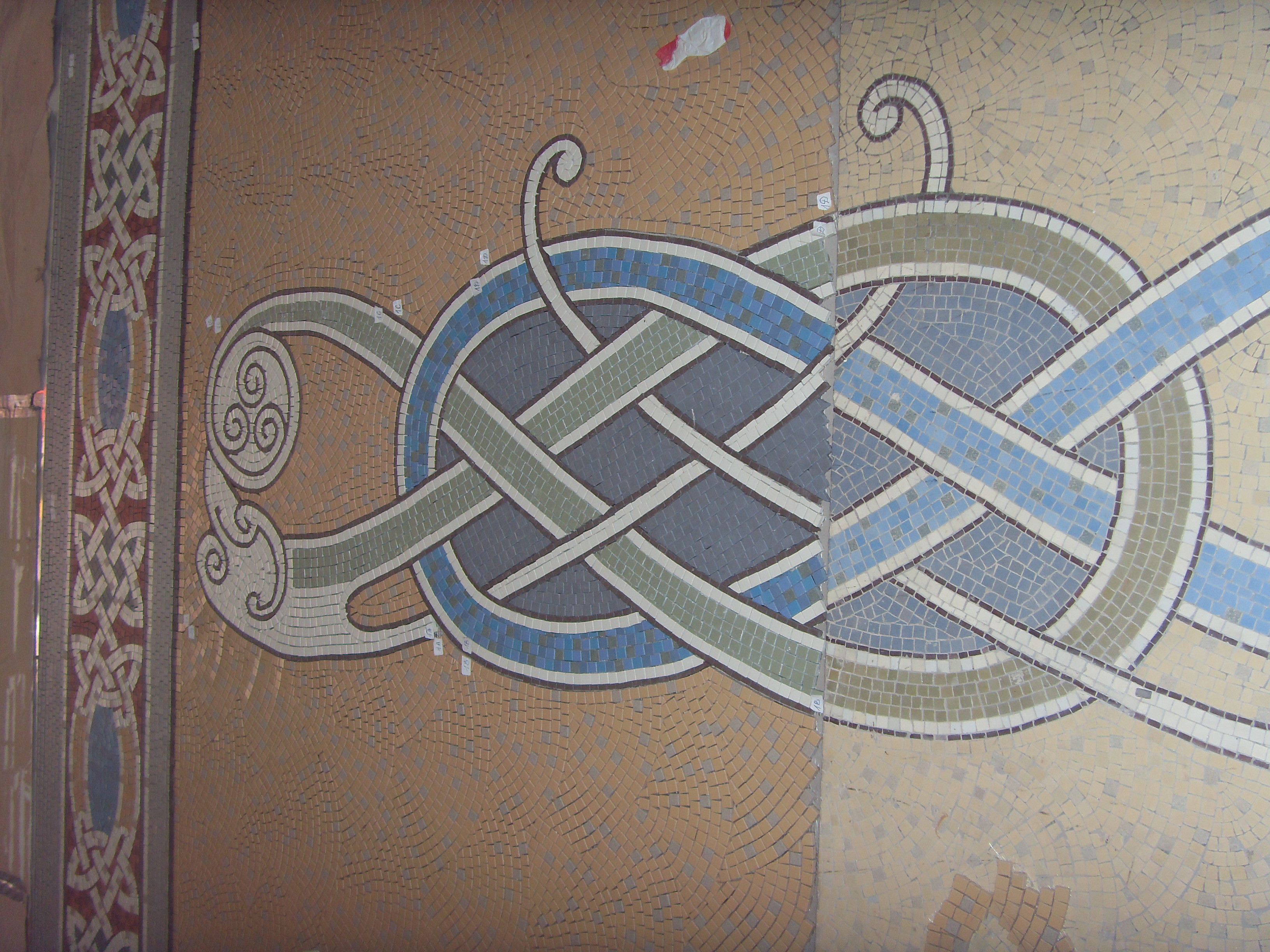 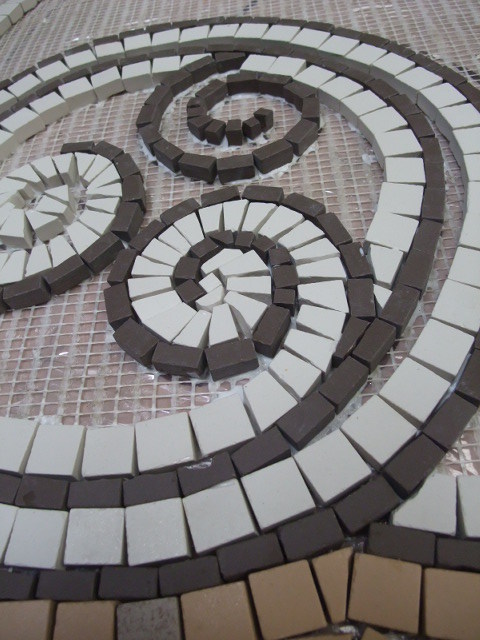 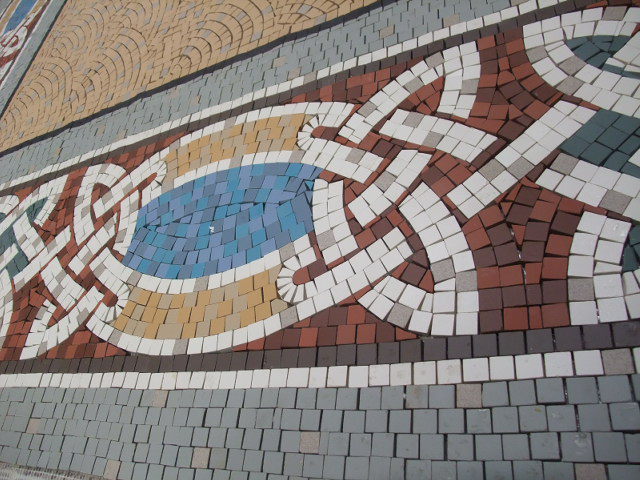 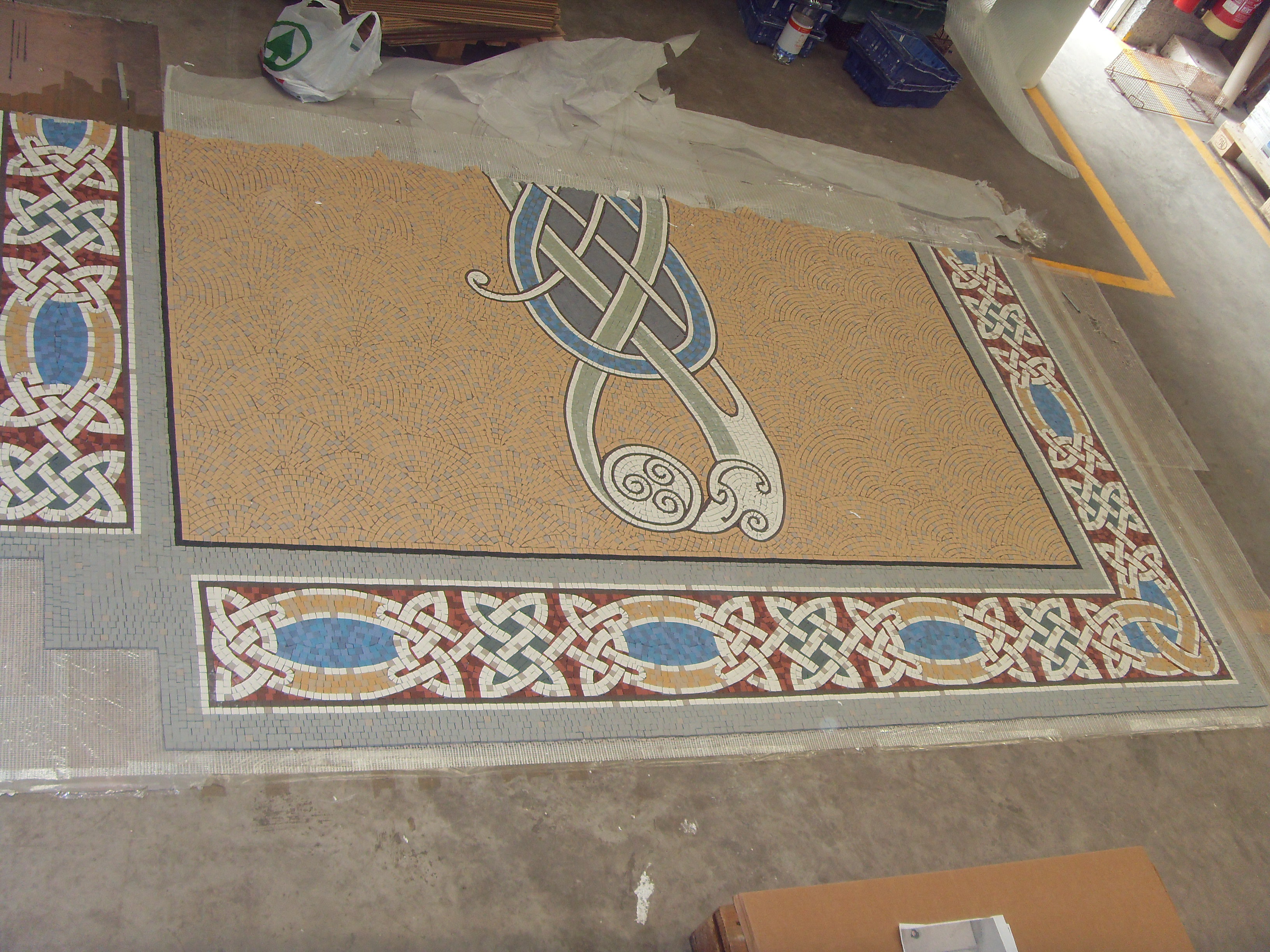 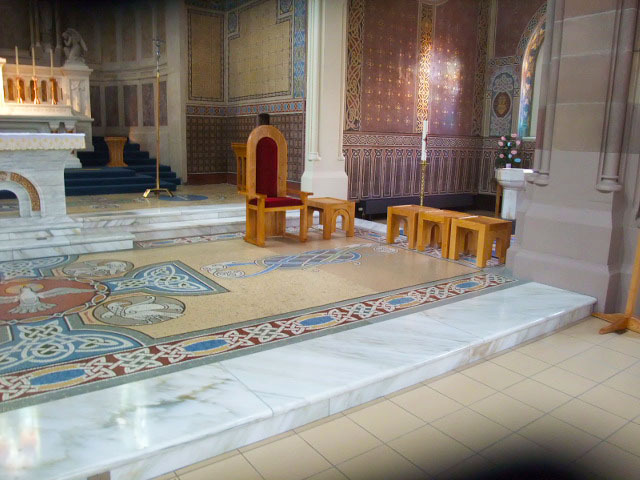 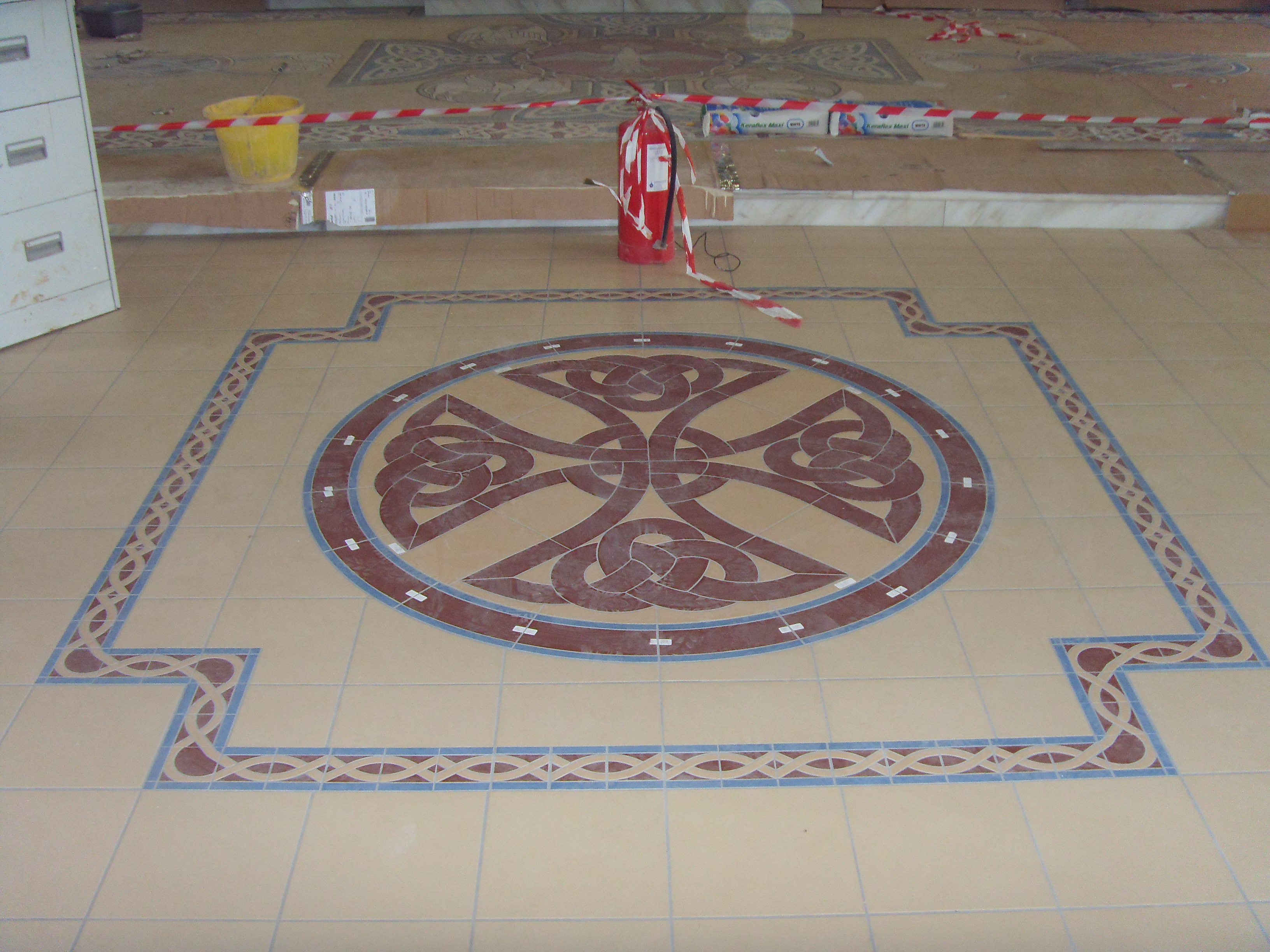 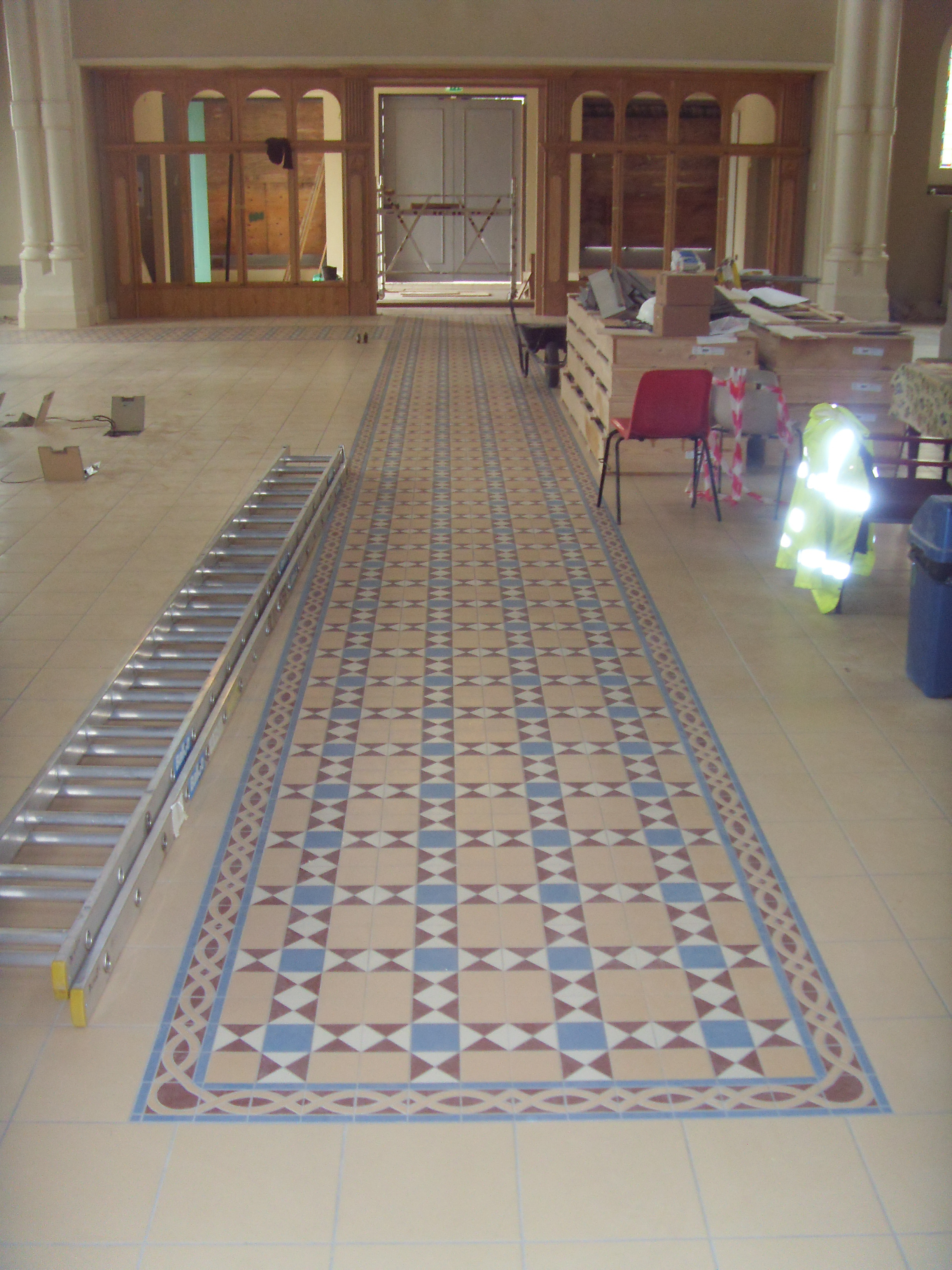 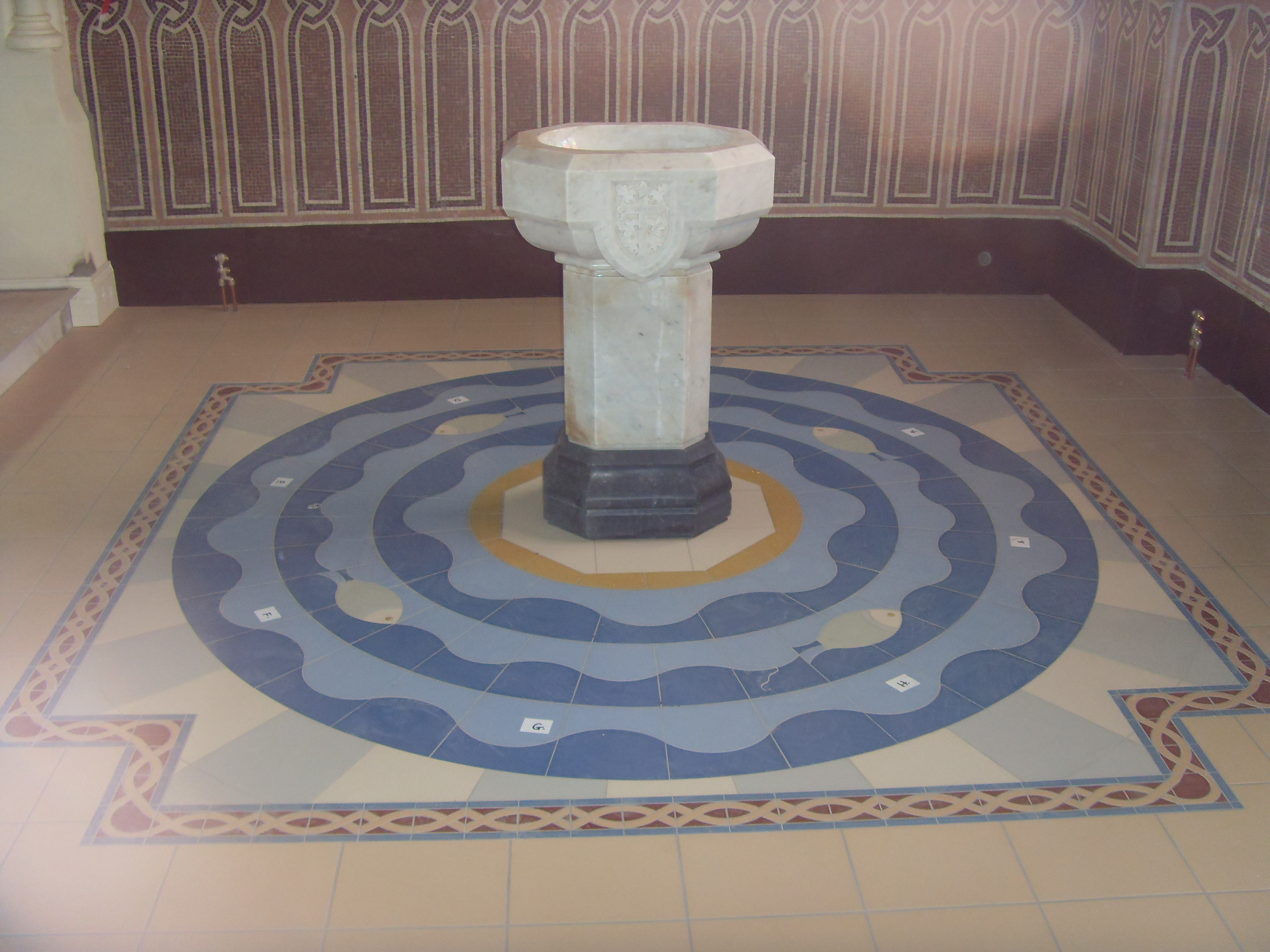