Winner of "Best use of a tile by an Architect or Designer" in 2009.

Peter Mark Style Club is not just a hair salon, but it is also the Creative Centre which Peter Mark uses as a training hub for all their 72 salons, north and south of the border. Style Club is their latest evolution in an industry that has to adapt to constant change. The chic interior must also be functional as the training academy will facilitate up to 800 hairdressers who will work on over 12,000 hours of training in the first year alone.

The client, working with top architects Douglas Wallace, wanted the imagery of cut hair on the floor as a catwalk style runner to add to the already funky décor. The idea was that in normal salons the hair is swept off the floor but in this salon the hair is the integral part of the floor. A sample was produced on the architect’s specification and when this was passed the work began on the project.

The floor was fitted with a 60x60cm white polished porcelain tile. The hair clipping were subsequently cut out a corresponding black 60x60cm tile. Our waterjet machine was used to cut the exact shapes out of the black tiles and to make the cut outs in the white tiles. The design and style involved in all aspects of the project meant that the floor had to be equally spectacular, and with the TTA Award victory and repeat orders for more Peter Mark salons, that result was achieved. 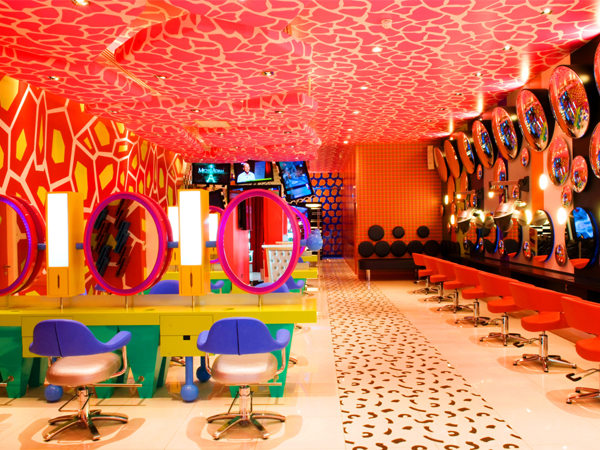 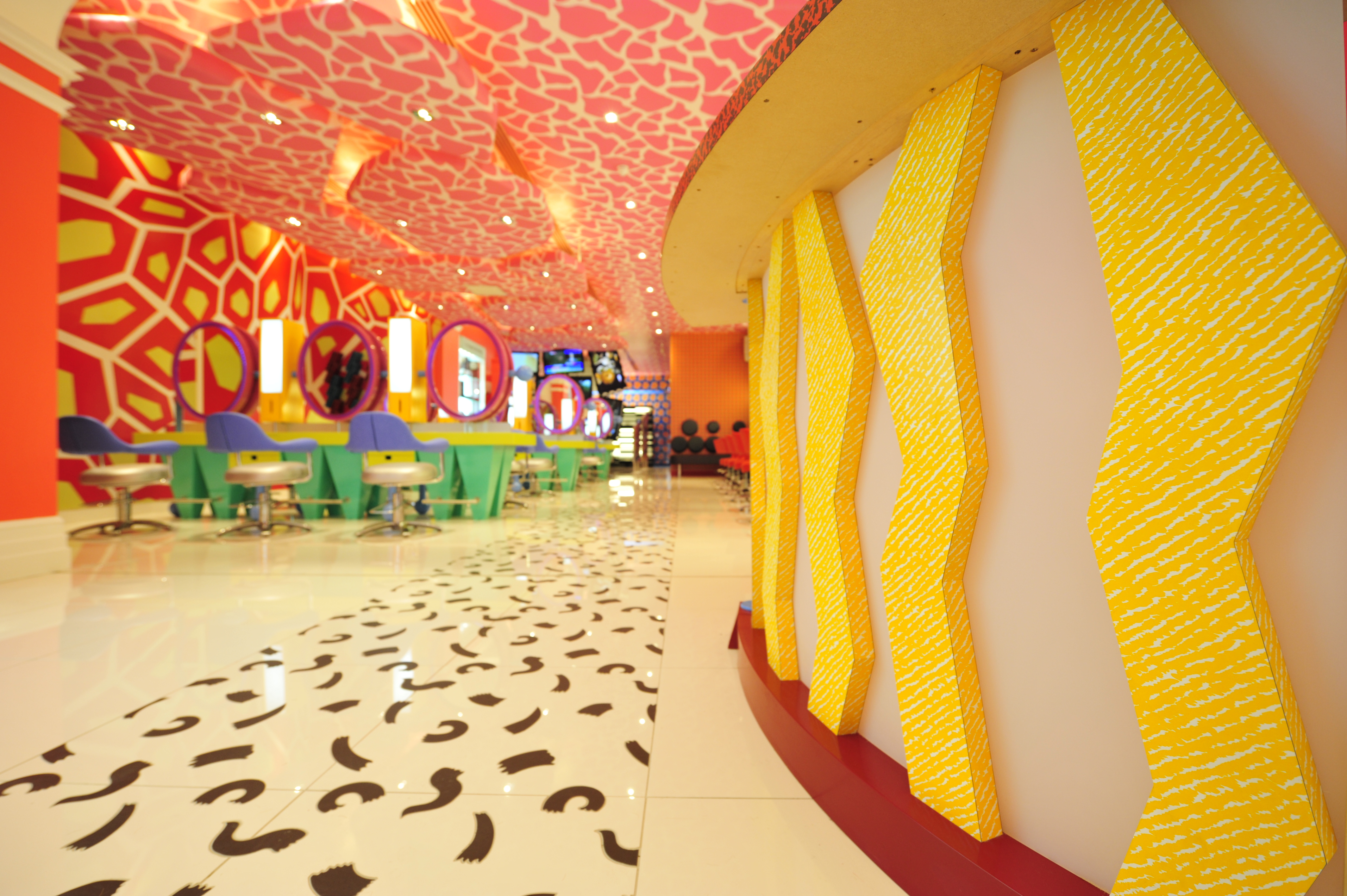 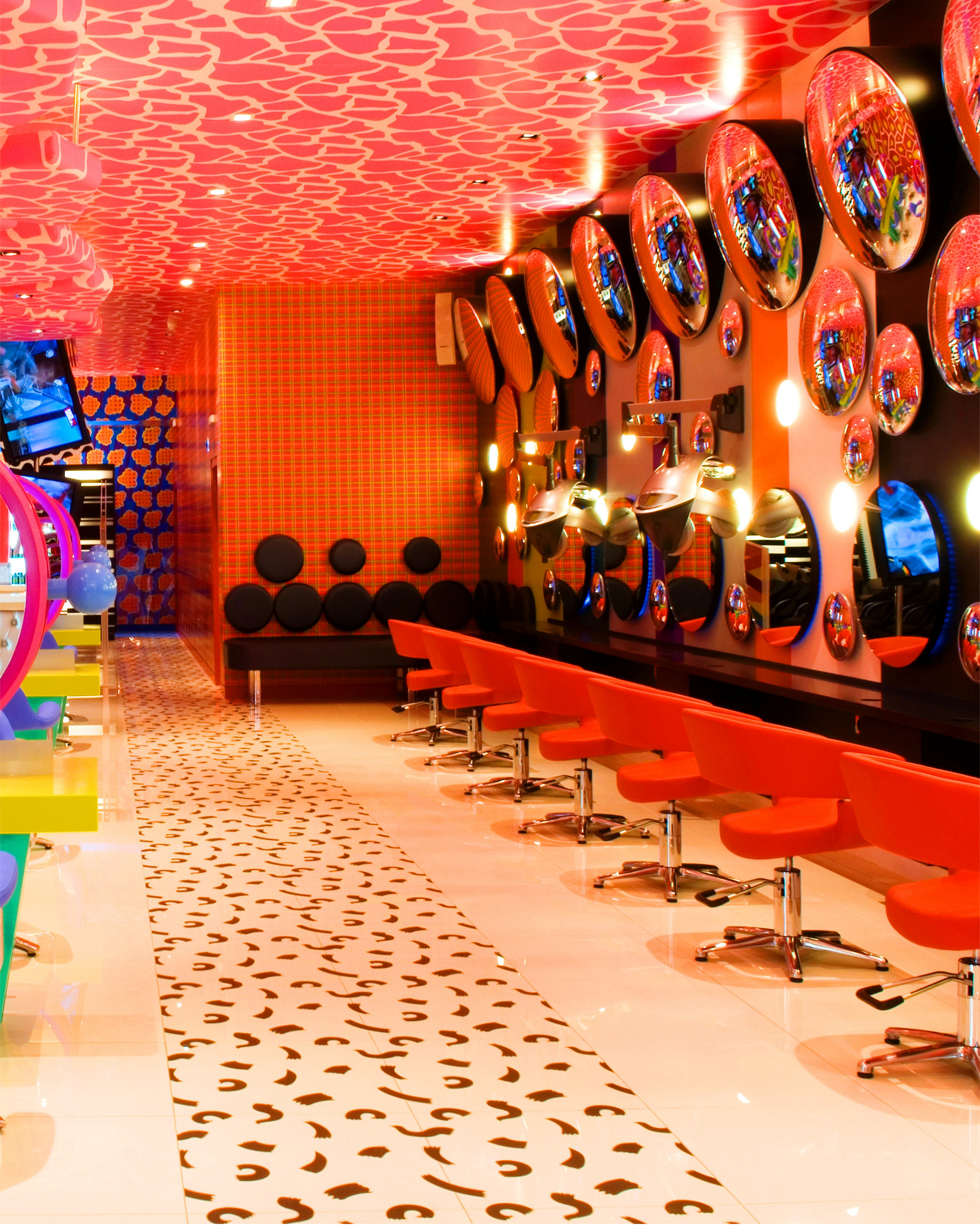 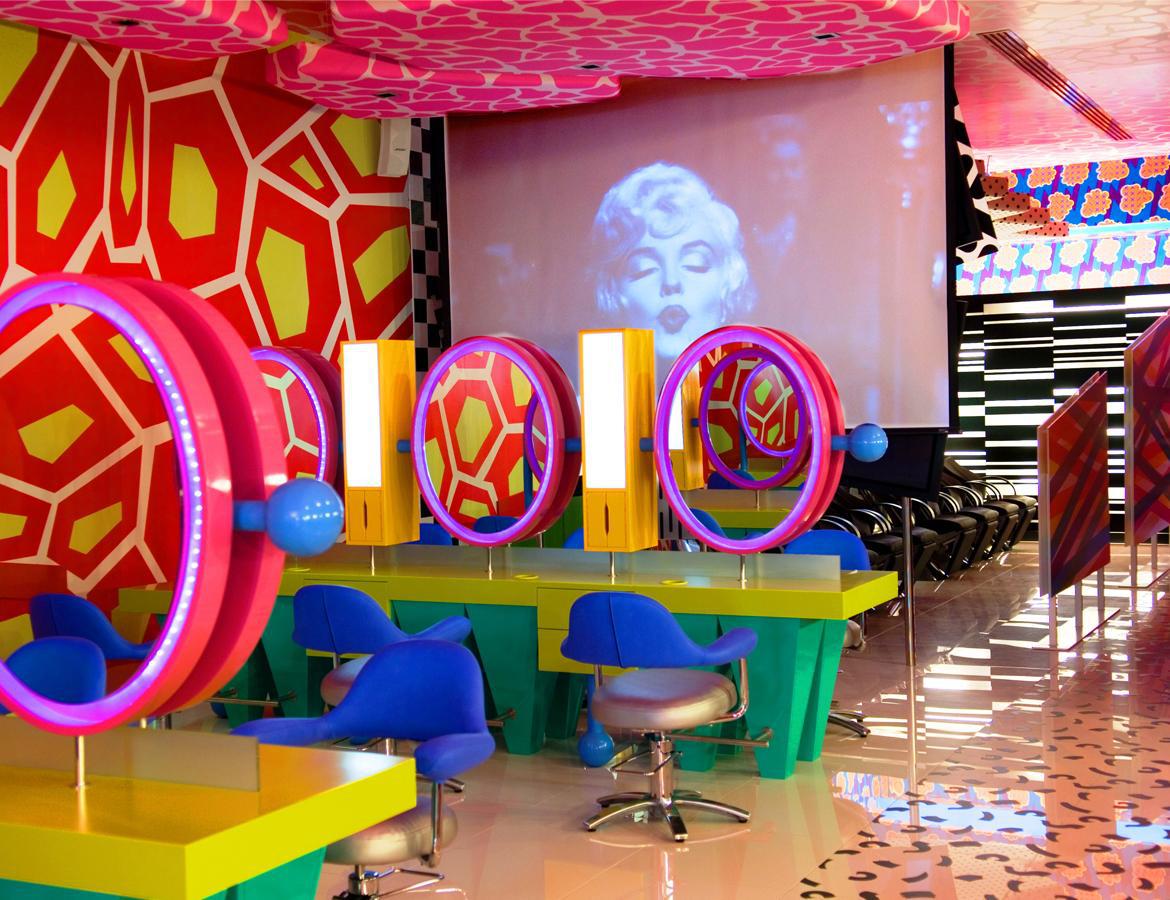 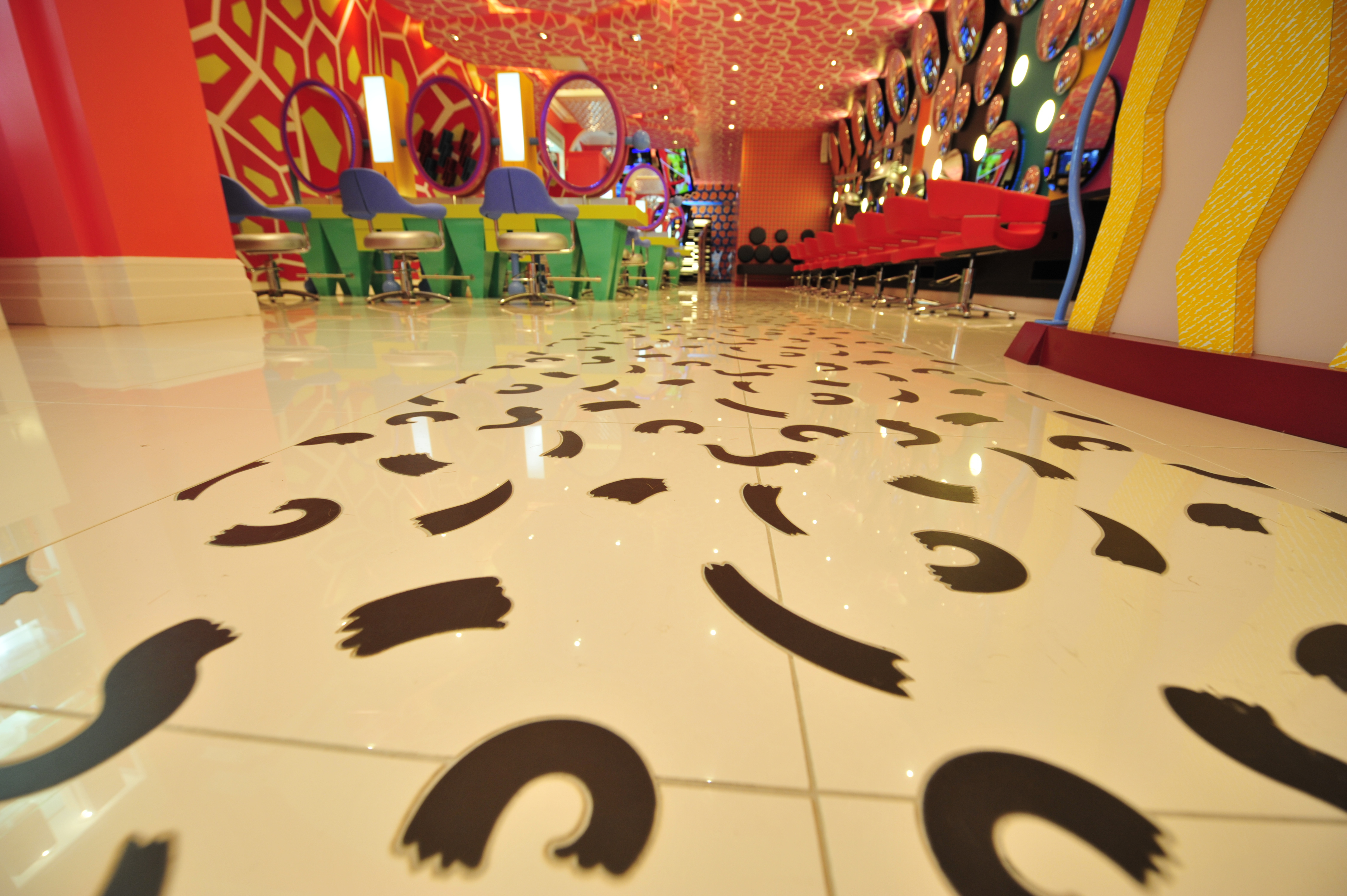 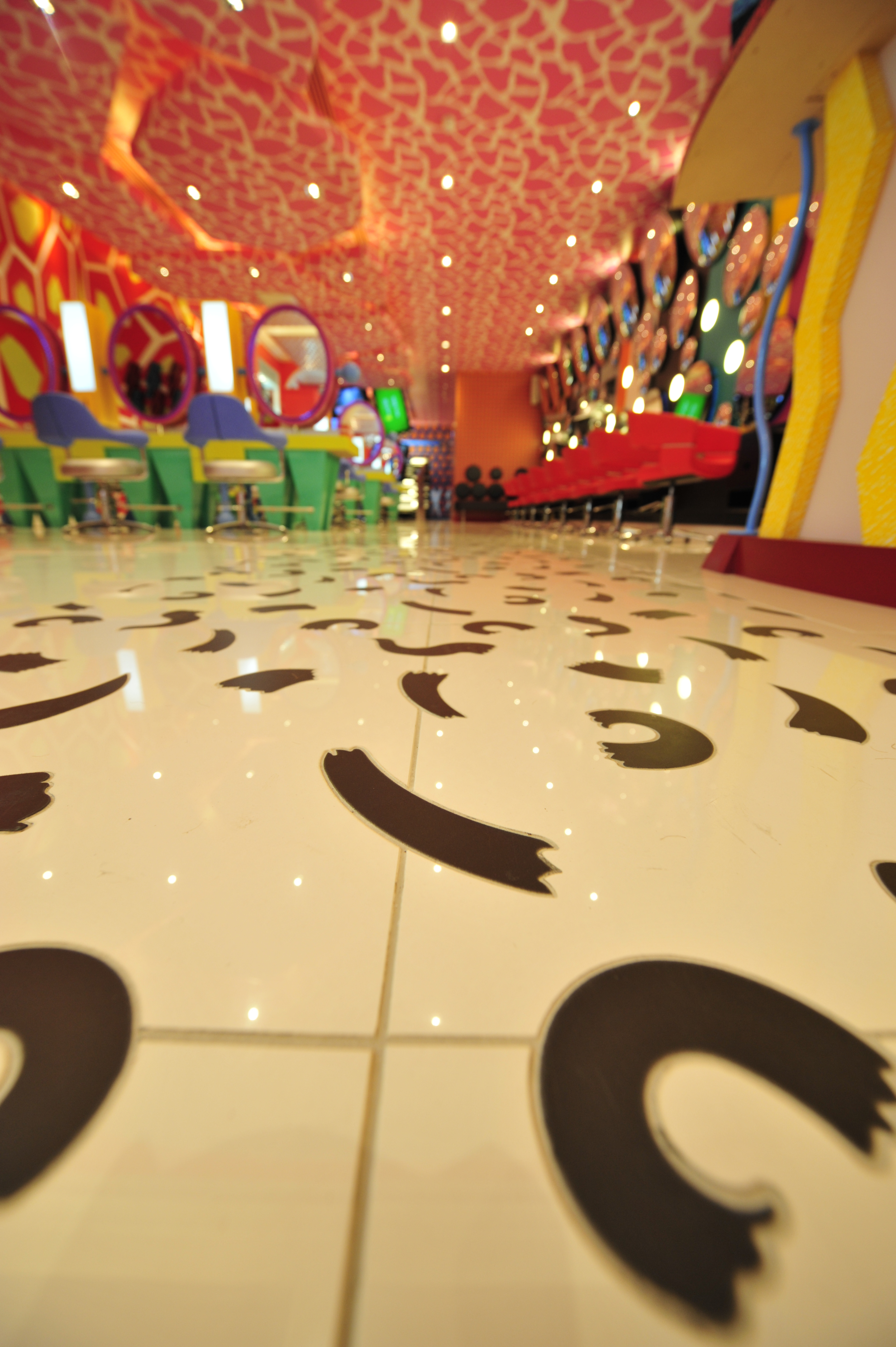